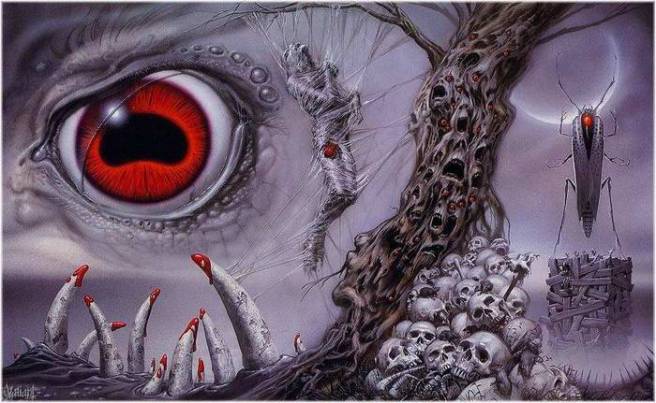 Today’s legend is still active but I’m listing him here because, well, he truly is a living legend, and because his book covers took me on so many fantasy adventures as a kid during the 80s. I used to fantasize about the covers and the characters before I even read the stories inside. That is how much weight I used to–and still do–place on cover art. So, without any further nonsense, let’s get to it.

American artist Michael Whelan has illustrated science fiction and fantasy covers for over 40 years. His awesome cover paintings have appeared on more than 350 books and magazines, including many of Stephen King’s books and the interior illustrations for The Gunslinger and The Dark Tower series of books. Michael also illustrated most of the Del Rey editions of Anne McCaffrey’s Dragonriders of Pern series, Piers Anthony’s Incarnations of Immortality series, the Del Rey edition of Edgar Rice Burroughs’ Mars series, Melanie Rawn‘s Dragon Prince and Dragon Star series, the Del Rey editions of H. P. Lovecraft’s short story collections, the DAW editions of Michael Moorcock’s Elric of Melniboné books, many of Robert A. Heinlein’s novels, and Brandon Sanderson‘s The Stormlight Archive.

The Science Fiction Hall of Fame inducted him in June 2009, and as far as I am aware, he is the first living artist so honored. According to his Hall of Fame citation,

Michael Whelan is one of the most important contemporary science fiction and fantasy artists, and certainly the most popular. His work was a dominant force in the transition of genre book covers away from the surrealism introduced in the 1950s and 1960s back to realism.

Interestingly enough, and considering the subject of my previous post, Michael met Neal Adams through a mutual acquaintance at the Lunacon convention art show in New York. Adams would later call the art director of Ace Books, paving the way for Michael’s first assignment at Ace. In 1975, he painted the cover illustrations for ten books, eight from DAW and two Ace reprints.

While working for science fiction and fantasy publishers such as DAW, Del Rey, and Ace, Michael quickly gained a solid reputation as “a talented, imaginative, and dependable cover artist.” He considers the 1978 publication of Anne McCaffrey‘s best-selling The White Dragon featuring his cover art as a turning point in his career. The SF Hall of Fame apparently agrees.

Michael won his first Hugo Award for Best Professional Artist in 1980 at the World Science Fiction Convention in Boston. As of 2010, he has won fifteen Hugo Awards. He has also been awarded the World Fantasy Award three times and received 13 Chesley awards from the Association of Science Fiction and Fantasy Artists.  The readers of Locus Magazine have named him Best Professional Artist 30 times in their annual poll (including 2014) and the Spectrum Annual of the Best in Contemporary Fantastic Art named him a Grand Master in 2004.  Other noteworthy awards include a Gold Medal from the Society of Illustrators, a Vargas Award, a Grumbacher Gold Medal, and the Solstice Award from the Science Fiction Writers of America.

Below is a small collection from this legend’s oeuvre. Each image links back to the site of origin. Enjoy! 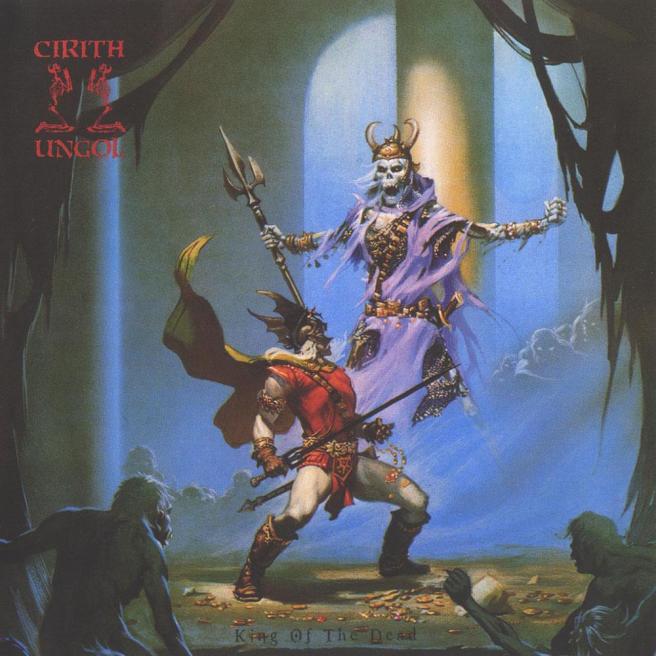 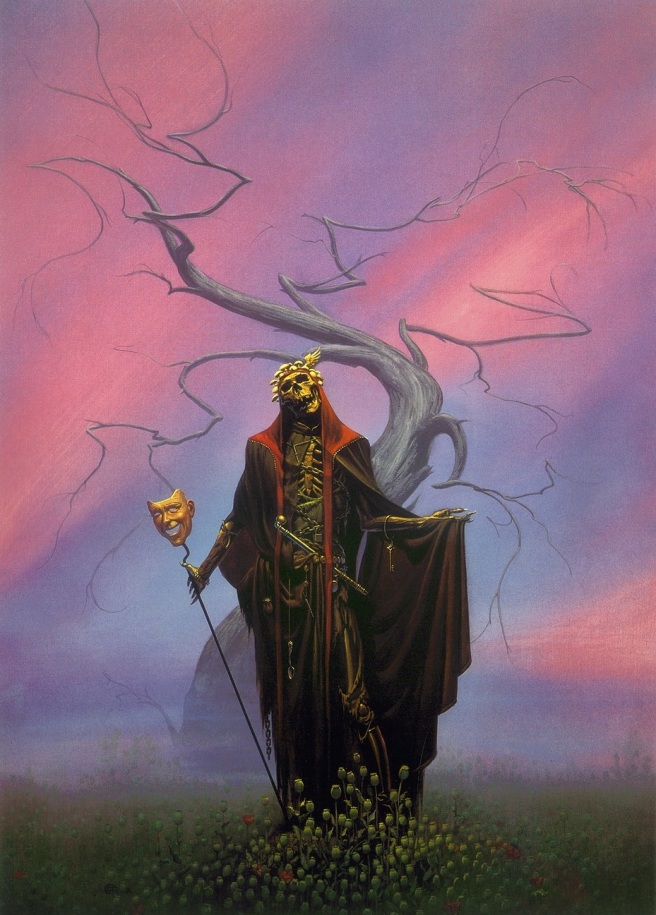 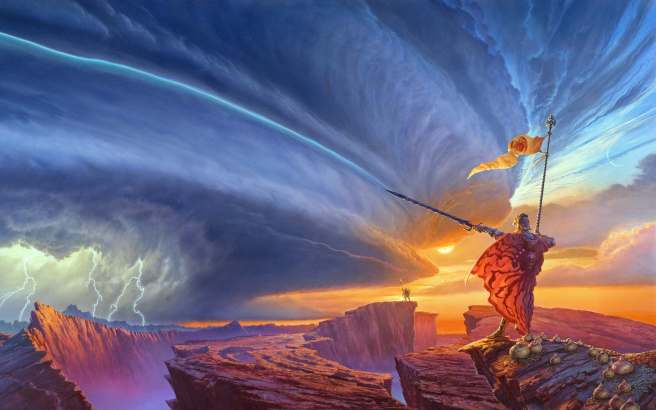 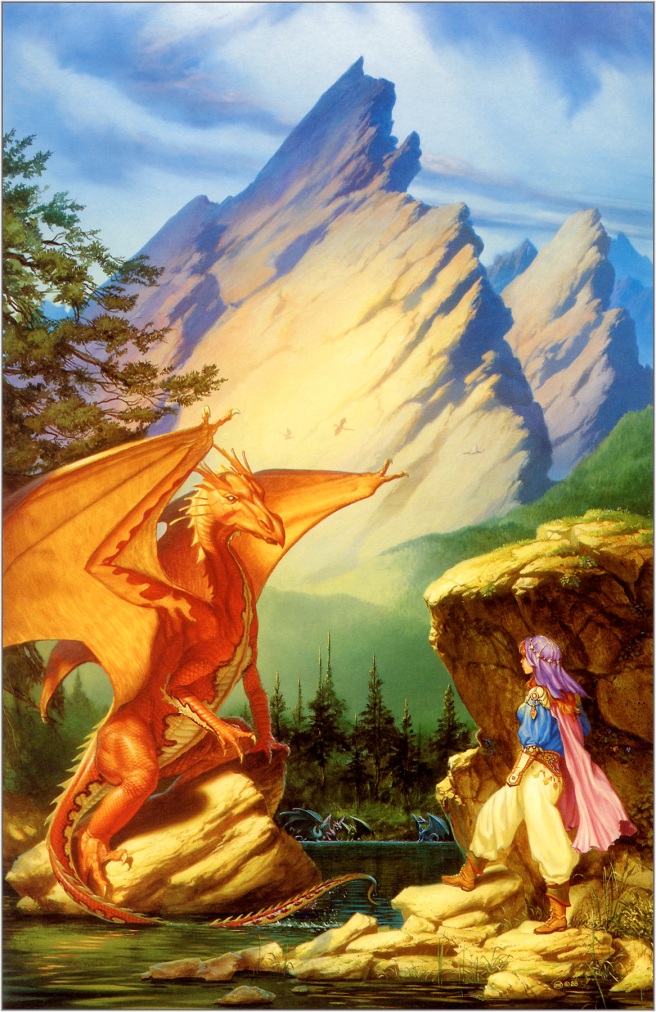 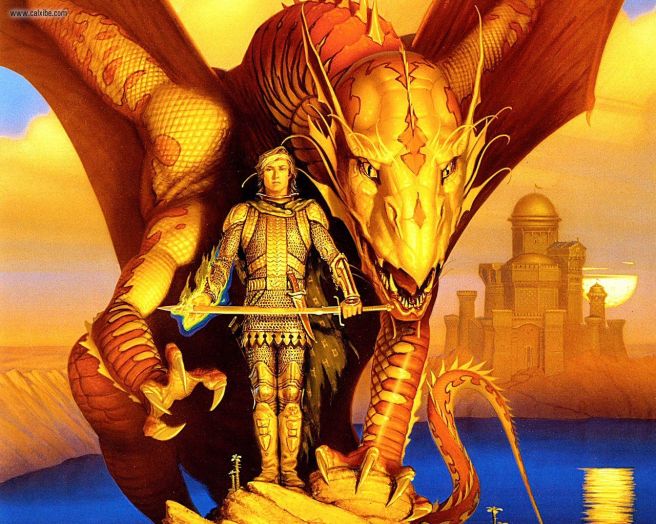 As a rule, Michael read the entire book of a commission–sometimes even twice–before he painted the cover because he wanted the story to determine the approach and subject matter. Fantasy author Michael Moorcock once wrote of Michael, “I am more than usually grateful for an artist who not only depicts him [Elric] as I imagine (and describe him) but who also manages to capture some of the appropriate atmosphere.” Science fiction writer Anne McCaffrey praised him and said, “Fortunate indeed is the author who has Michael Whelan for an illustrator.”

I wholeheartedly agree with these sentiments. Just like a story possess a unique voice, so too does art capture a certain tone or atmosphere. And whenever the twain shall meet, magic happens.  Michael’s style is known as“imaginative realism” which at first glance contradicts itself, but then, we’re dealing with fantasy and science fiction here and the purpose of storytelling in these genres, mostly, is to make the unbelievable as believable as possible, and that is a big part of why I am so attracted to Michael’s covers. His talent is such that the worlds and characters he paints seem real enough and authentic, giving your imagination license to explore freely.

And that is that for this week. My apologies for being a wee bit late. We are working on the next volume in the Inlari Sagas slated for 2017 and preparing another collection of flash from that same universe for later this year, plus I’m editing a short story for submission to Beneath Ceaseless Skies.