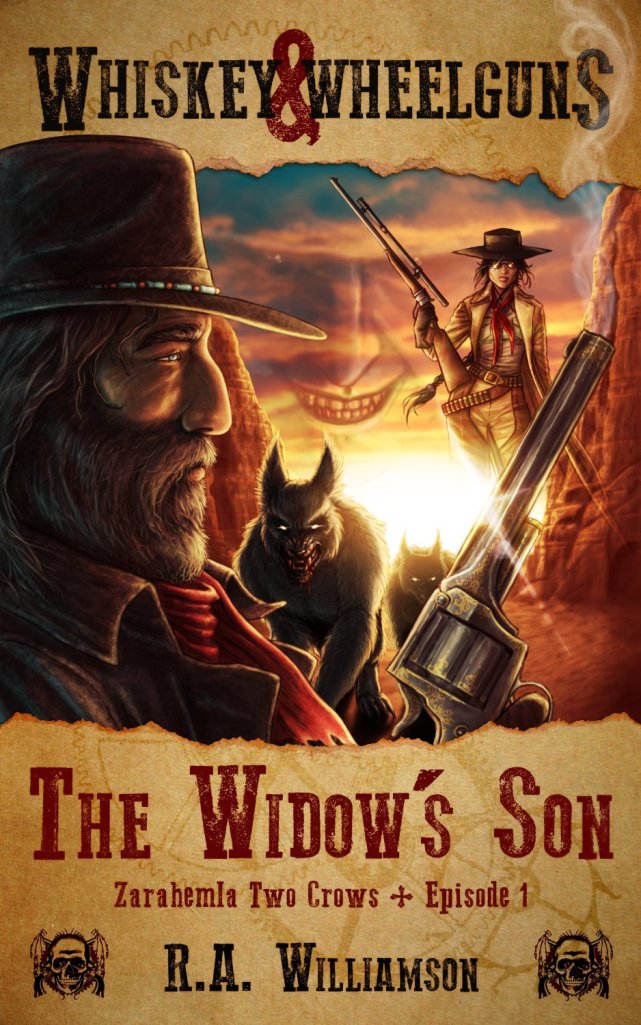 I grew up reading westerns and it formed a big part of my education. Hell, I even have a Pinterest board on guns used in the Old West. My staple of reading material included, of course, fantasy and sci-fi, but this review is not about that. As I grew older and began asking questions about the meaning of life and the Hereafter, I started reading stories with supernatural elements as a way of testing my theories and update my ideas. I became interested in mythology and how it connected a society to the rest of the world. I’ve had this interest ever since. What I’ve never done, is read a western with supernatural elements weaved into the story. And this is what you’ll find in The Widow’s Son. The result is a peculiar fabrication of old school gunplay and supernatural horror. In a nutshell: it’s a helluva entertaining yarn.

Zarahemia Two Crows works for the U.S. Office of Psychical Inquiry. His current mission is to find the abducted infant son of the Widow Henry. It ain’t the West you grew up learning about in school, Mavis, that’s for sure.  You have “devil-beasts” or skin-walkers on the one hand, who may or may not have their origins in Anasazi myth and, on the other, you have an antagonist whose bronze teeth are as freaky as his mysterious supernatural abilities are creepy, which, on first appearance, seem to be drenched in pure evil. You also meet the Old Man of the Mountain and I must say, the old geezer is not how I imagined he would be…

The Widow’s Son is the first installment of a serial under the Whiskey & Wheelguns banner and I enjoyed reading it. The story hooked me from the start, but that’s because it kicks off with conflict from the get go. The author’s voice is solid and well-defined and you slip into his created world effortlessly. That’s a rare thing to find, I think. The imagery is well created and metaphors and similes time-appropriate. As for plot, not much gets revealed at this stage, just enough to raise your hackles, but clearly something is amiss. Someone or something is messing with the cosmic balance and it is showing. Only future installments will reveal the consequences of that interference.

I’m curious about the fantastical elements of the story, specifically the mythology used. It is unknown to me, and yet it feels historically true. There is something vaguely familiar there. The mythos is certainly well thought out and that alone will bring me back for more. And then you have Zarahemia himself. The man is an enigma. I want to know more about him.

It probably sounds like I’m salivating over this story. I did a bit, yeah. But I enjoyed it and I’m manly enough to show my appreciation through descriptors and too much adverbs. So there.

The Widow’s Son is a weird and wonderful read and far from boring. 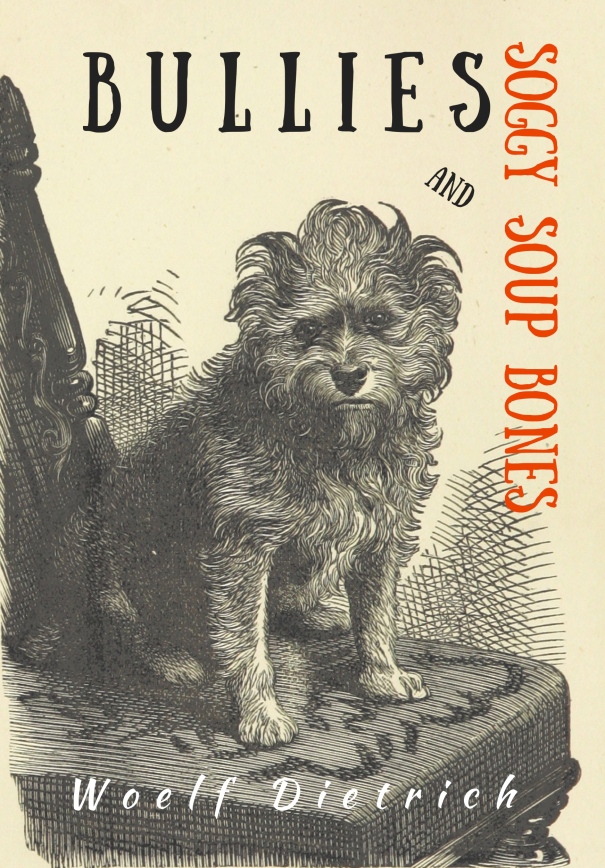