Something slightly different to what I usually post. However, this week’s artist belongs to the “Legends” club and must be celebrated.

Rowena A. Morrill, born in 1944 and known professionally as Rowena, is an American artist who specialized in science-fiction and fantasy illustrations. She is widely credited as one of the first female artists to impact paperback cover illustration. Her notable artist monographs include The Fantastic Art of Rowena and The Art of Rowena and her work has also been featured in a variety of anthologies including Tomorrow and Beyond and Infinite Worlds.

Rowena started at an advertising agency in New York City, but after showing her portfolio to Charles Volpe at Ace Books, she received a commissioned to illustrate a romance cover.  That got the ball rolling. Rowena’s first design for a horror novel was Jane Parkhurst’s Isobel (1977), showing a naked woman holding up a chalice for a demonic Monster. She also illustrated the  cover art for a few H.P. Lovecraft collections before turning her attention to science fiction and fantasy. She later became known for her paintings of covers for works of Heroic Fantasy, similar to Frank Frazetta and Boris Vallejo. An example is her cover for Ellen Kushner’s anthology Basilisk (1980), showing a topless, sword-wielding woman confronting a naked male wraith with a two-horned unicorn in the background.

Rowena used acrylics and oils on illustration board, coating the image with a high-gloss glaze and thin coats of paint, which suits her style of imaginative realism perfectly. Originally classically trained, Rowena studied in Italy but took up the fantasy genre to support herself after moving to New York in the late ’70s. And it paid the rent very well because she forged an illustrious career out of painting speculative fiction covers.

Over the years Rowena has created several covers for  authors like Anne McCaffrey, Isaac Asimov, Piers Anthony, and Madeleine L’Engle. Her paintings have appeared on hundreds of calendars, portfolios and in magazines, including Playboy, Heavy Metal, Omni, Art Scene International, and Print Magazine.

Rowena has been nominated for the Hugo Award five times–four times in the “Best Artist” category. In 1984, she received the British Fantasy Award and was also named Artist Guest of Honor for Chicon 7, the 70th World Science Fiction Convention, held in 2012.

Two of Rowena’s paintings, King Dragon and Shadows Out of Hell, were discovered hanging in one of Saddam Hussein’s palaces in Iraq.

Below is a small collection of her work. Each image links back to the gallery of origin. Enjoy! 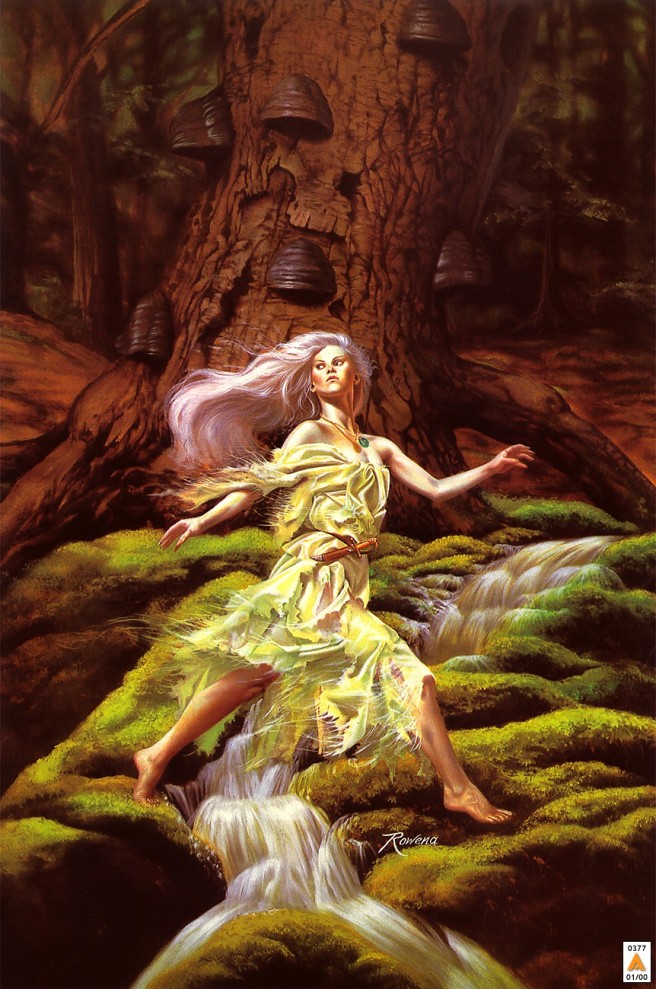 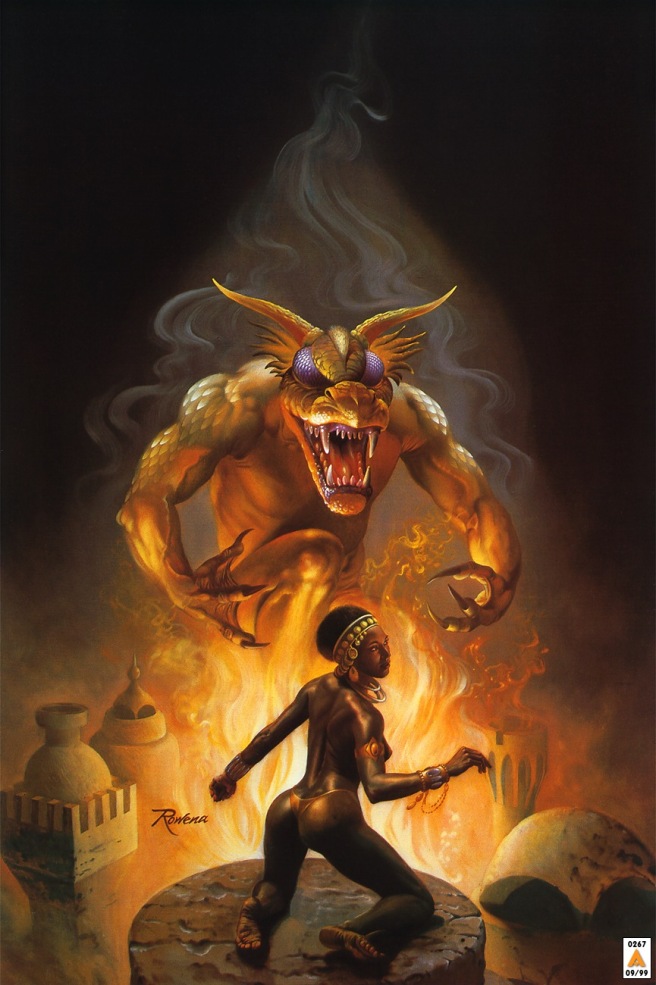 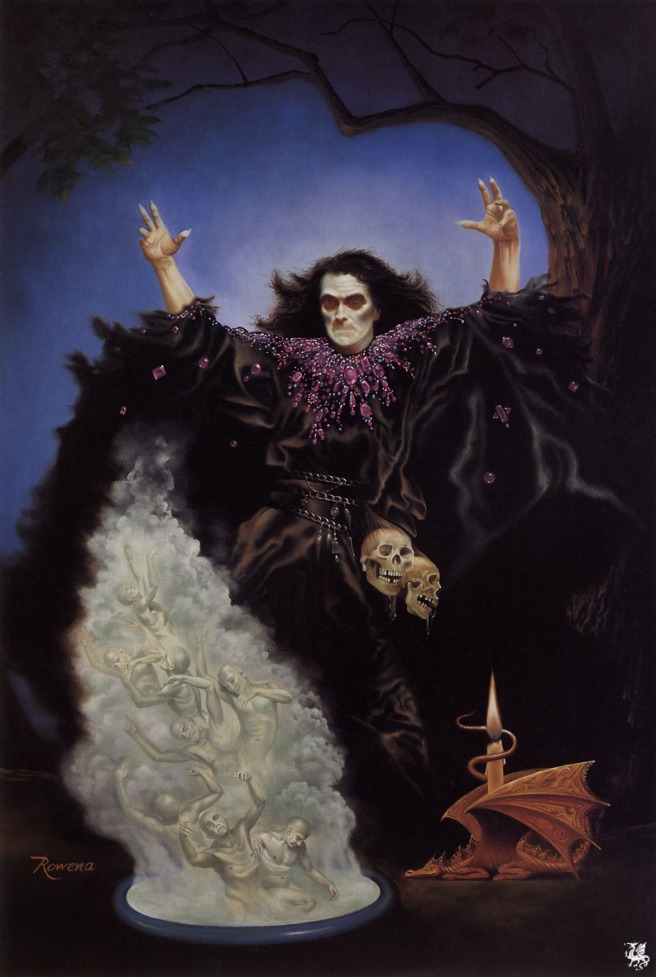 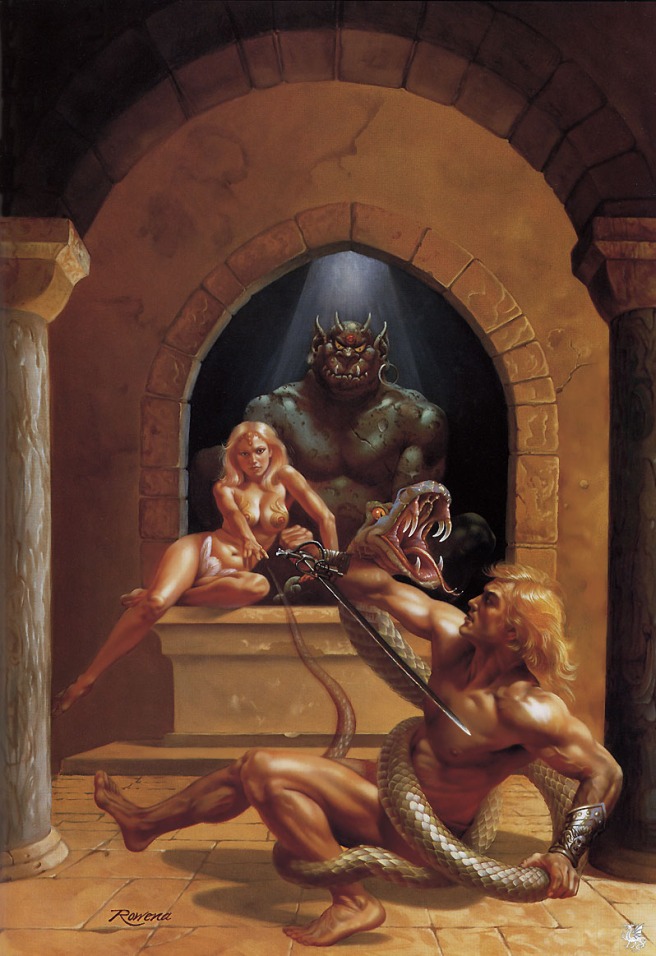 I know what you’re thinking, and I agree. My childhood was awesome in a slightly cheesy way, but you have to remember, tropes today was yesterday’s awesomeness.

My apologies for being late this week. New Zealand has been in the news of late as Mother Nature threw everything she had at us. We were hit by a 7.8 magnitude earthquake earlier this week followed by Tsunami warnings, and now storms, even a mini tornado in Kapiti. We had to evacuate our homes during the night on Monday and, well, the experience was surreal. Two people died and the damage on the South Island is really bad.

At this rate, I won’t be surprised if New Zealand becomes a gateway for Cthulhu.