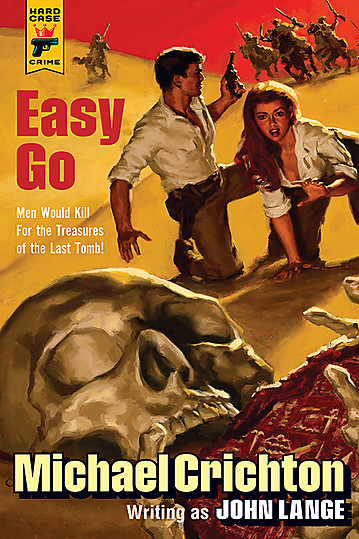 I’m generally a pantser. My words tend to zigzag behind my thoughts as they try to keep up. When I reach a plot point or scene where I’m unsure of the direction I stop and take a short walk, or I go through my research again. Sometimes a walk is enough to dislodge what is stuck, or, if I’m lucky, I might end up with a new idea, and other times I have to wait a day or more. When I start a story I begin with an idea only, a premise that interests me, and build on that. Research for me usually happens early on in the writing process, after I already wrote a few chapters. Like starting a car and then letting it idle to warm the engine.

Having a detailed plot outline is new to me. I’ve never written a complete, full outline where I parse all my research and plot lines, well, not until I began on The Morrigan. I knew how I wanted the story to end and I knew another book would follow it, and because of Seals I had the mythos already down, but I wasn’t sure how the character arcs would meet. I had snapshots in my head of scenes I wanted to use.

It meant an outline had to be created to help me tell the story without leaving gaping potholes. Thus, I began constructing a series bible for The Guardians of the Seals. All my characters are described therein along with their backgrounds, a generous plot description with various options for future use, and a précis on how the research connects to the narrative.

During the actual writing process, I would jot down ideas that came up or record significant developments that were new and unplanned. This way I kept the bible updated and ready for future books and it saved me time. Even now, when I do revision, I only have to check the bible if I forgot the name of a street or building or Sebastian’s original family name.

Writers use many ways to help them sort the plot. The index-card method is one of those ways and quite a few successful authors rely on this method. Which brings me to Michael Crichton.

Michael Crichton was an enormously successful and talented author, producer, screenwriter, and director. He was also a physician. He created ER and wrote Jurassic Park, and over a dozen other books, some under the pseudonym John Lange. Sadly, he died of cancer in 2008.  I don’t know if you know this, but he wrote a book called Eaters of the Dead, published in 1976, which was later made into a film called The Thirteenth Warrior, starring Antonio Banderas. This is probably not a revelation, but when I first discovered the fact a few years ago, it felt like a revelation to me. 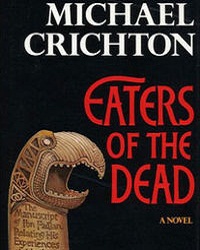 I enjoyed the movie. So, I got hold of a copy of Eaters of the Dead and I’m busy with it now. It’s an entertaining and very much illuminating read because the story is based on an old manuscript by Ibn Fadlan written in 926 A.D.

As I’ve mentioned previously on this blog, I experiment with writing advice and tips gleaned from successful authors as a way of customizing my own writing process. I don’t think it is a bad method as long as the story gets written and it’s entertaining and without giant potholes big enough to swallow a bus. The aim is to find something sufficiently comfortable that will sustain you for long periods of time, if not years, and enhances your productivity. So far I have been happy with my bible method, but when it comes to developing plot, things tend to get convoluted. Especially when the first draft is written in chunks.

Michael Crichton used this method to develop detailed plots for his books, especially when time was limited and he had to increase his productivity. The following from WRITERS HELPING WRITERS:

Michael said he developed his 3″ x 5″ index-card method of plotting out a story while going to Harvard Medical School, and he did this before writing one word. He needed to supplement his income by writing books under a pseudonym, and this is how he did it.

The cards were easy to take with him every day to class, because they would fit effortlessly in his shirt pocket or in his lab coat. As ideas came to him, he would just jot them down on a card. If a long sequence with dialogue came all at once, he would merely staple those cards together.

At the end of the day, Michael would throw the cards he had used in a shoebox, and replace them with a fresh batch of blank cards for the next day. Michael said that when the shoebox was full and nothing more came, he would take all the cards out of the box, lay them out on a large table, and rearrange his plot by shuffling the cards around into the order he wanted to tell the story.

Using this system makes sense. I remember from my law school days I used mind-maps to prepare for exams, even planned my essays that way, and it worked like a charm. I even used it at the beginning stages of Seals. It gives you a holistic view of the work, or in this case, plot, and Crichton’s index-card system works the same way, I think. Now it’s true, technology has changed dramatically since then, and you don’t have to use physical index-cards. There are various mind-mapping apps that are free that you can use, like here, here, and here (I have no connection to these apps apart from having used them in the past). Scrivener is my primary writing program and it has a digital “corkboard” function that works in much the same way as Crichten’s index-cards, but I haven’t used it much.

Maybe the physical handling of the cards helps with the creation process, I don’t know, but I am going to experiment a bit. How do you plot your stories? Do you have a special or unique system? Let me know in the comments.

You can read the rest of the article here: Michael Crichton’s Method for Plotting Out a Story | WRITERS HELPING WRITERS.

Update: The excerpt I quoted in this post was from an article written by author Dorothy Cora Moore for the website Writers Helping Writers. She emailed me today asking that I credit her and her book because I used the excerpt above. This is despite having linked twice to the website and her article in my post. She is the author of Writing Made Easy: How to Develop a Tight Plot & Memorable Characters